With the ever-changing definition of modern masculinity, men of all ages are confronted with images of athletic and wrinkle-free models that define the new standard for men. The gruff, furrowed brow and slight paunch that once may have been a sign of overt manliness has been replaced with a line-free face and a trim, V-shaped torso.

The new standard for masculinity has influenced men in every aspect of their life, from their romantic relationships to their careers. To compete effectively in the dating and business world, where younger men and women often have the advantage, men are increasingly turning to plastic surgery to gain a younger, healthier and more attractive look. The following plastic surgery procedures have proven to be favorites of men the world over.

The number of men having Botox treatments rose 84 percent over the last five years, and this trend doesn’t seem to be going anywhere. Men who want to get rid of fine lines, or even deep furrows, on their foreheads and around their eyes, nose and mouth without having to undergo surgery often opt for this alternative. And since Botox treatments are short (15 minutes or less) and painless treatments that require no downtime, men can have them done on their lunch hour and return to work that same afternoon without any problem. Plus, their new, more youthful yet natural-looking appearance increases confidence and their status as a virile competitor in the business world.

Some men are dissatisfied with the size or shape of their nose and wish to bring better balance to their facial appearance with a rhinoplasty, or nose re-shaping, procedure. Rhinoplasty at Re-Nova Plastic Surgery can re-sculpt a man’s nose by altering its width, fixing an unsightly hump and reshaping a drooping nasal tip, among other things. This change can provide our male clientele with a subtle, though more attractive profile.

What man wants to keep his shirt on while at the beach, playing sports or during intimate moments with his lover? Extra breast tissue can make some men feel awkward and self-conscious about a softer, more feminine-looking chest. Gynecomastia, a condition that affects a third of men and causes them to have excess breast tissue, often occurs as a result of obesity, hormonal changes or the use of certain medications. In the year 2014 alone, over 26,000 male breast reduction surgeries were performed in the U.S. Dr. Clavijo-Alvarez has helped numerous men achieve a fitter, more masculine-looking chest with his male breast reduction procedure.

Despite going to the gym regularly and eating healthy most of the time, men often find it difficult to keep a trim figure — especially as they get older. Fat deposits on the waist, which create that dreaded “spare tire,” can resist the healthiest of habits, as can extra fat on the back, neck and other areas. Liposuction has proven to be a popular procedure for men who want to get rid of these pockets of fat for a leaner, trimmer shape. At Re-Nova Plastic Surgery, Dr. Clavijo-Alvarez offers both a traditional liposuction procedure as well as LASER liposuction, which delivers a wave of laser light to the treatment area to dissolve fat cells. The LASER liposuction procedure results in less bleeding and bruising than a traditional liposuction procedure.

Want to find out more about the male plastic surgery procedures offered at Re-Nova Plastic Surgery? Call our office at (412) 638-2391 and schedule a personal consultation with Dr. Clavijo-Alvarez. 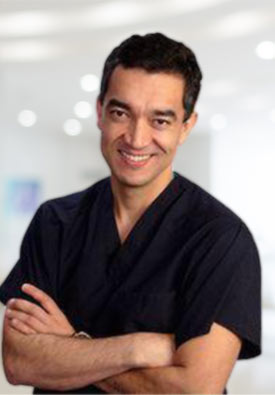 Call Today TO SCHEDULE A CONSULTATION

COPYRIGHT © 2020, MARKETING BY RED SPOT INTERACTIVE
We use cookies on our website to give you the most relevant experience by remembering your preferences and repeat visits. By clicking “Accept All”, you consent to the use of ALL the cookies. However, you may visit "Cookie Settings" to provide a controlled consent.
Cookie SettingsAccept All
Manage consent

This website uses cookies to improve your experience while you navigate through the website. Out of these, the cookies that are categorized as necessary are stored on your browser as they are essential for the working of basic functionalities of the website. We also use third-party cookies that help us analyze and understand how you use this website. These cookies will be stored in your browser only with your consent. You also have the option to opt-out of these cookies. But opting out of some of these cookies may affect your browsing experience.
Necessary Always Enabled
Necessary cookies are absolutely essential for the website to function properly. This category only includes cookies that ensures basic functionalities and security features of the website. These cookies do not store any personal information.
Non-necessary
Any cookies that may not be particularly necessary for the website to function and is used specifically to collect user personal data via analytics, ads, other embedded contents are termed as non-necessary cookies. It is mandatory to procure user consent prior to running these cookies on your website.
SAVE & ACCEPT
ReNova Plastic Surgery & Medical Spa